[EN] S.E.S to reunite as MCs on a variety show? 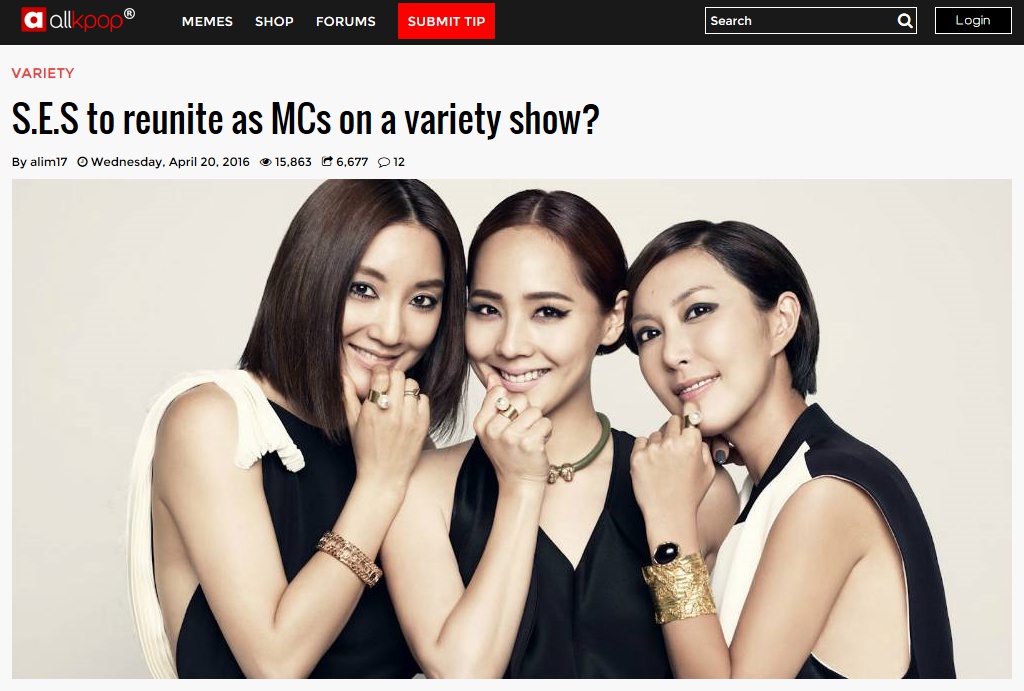 Is group S.E.S going to be coming back - but as MCs?

A media outlet recently borrowed the words of a broadcasting rep who stated, "Eugene, Bada, and Shoo will likely become MCs for an SBS Plus 12-part living variety program."

SEE ALSO: S.E.S to get together again for 'Green Heart Bazaar'!

However, regarding this, SBS stated on April 19, "We are planning internally a program with the concept of interior homes, but nothing has been confirmed beyond that stage. According to the production crew, Shoo and Eugene are currently in talks over their appearances."